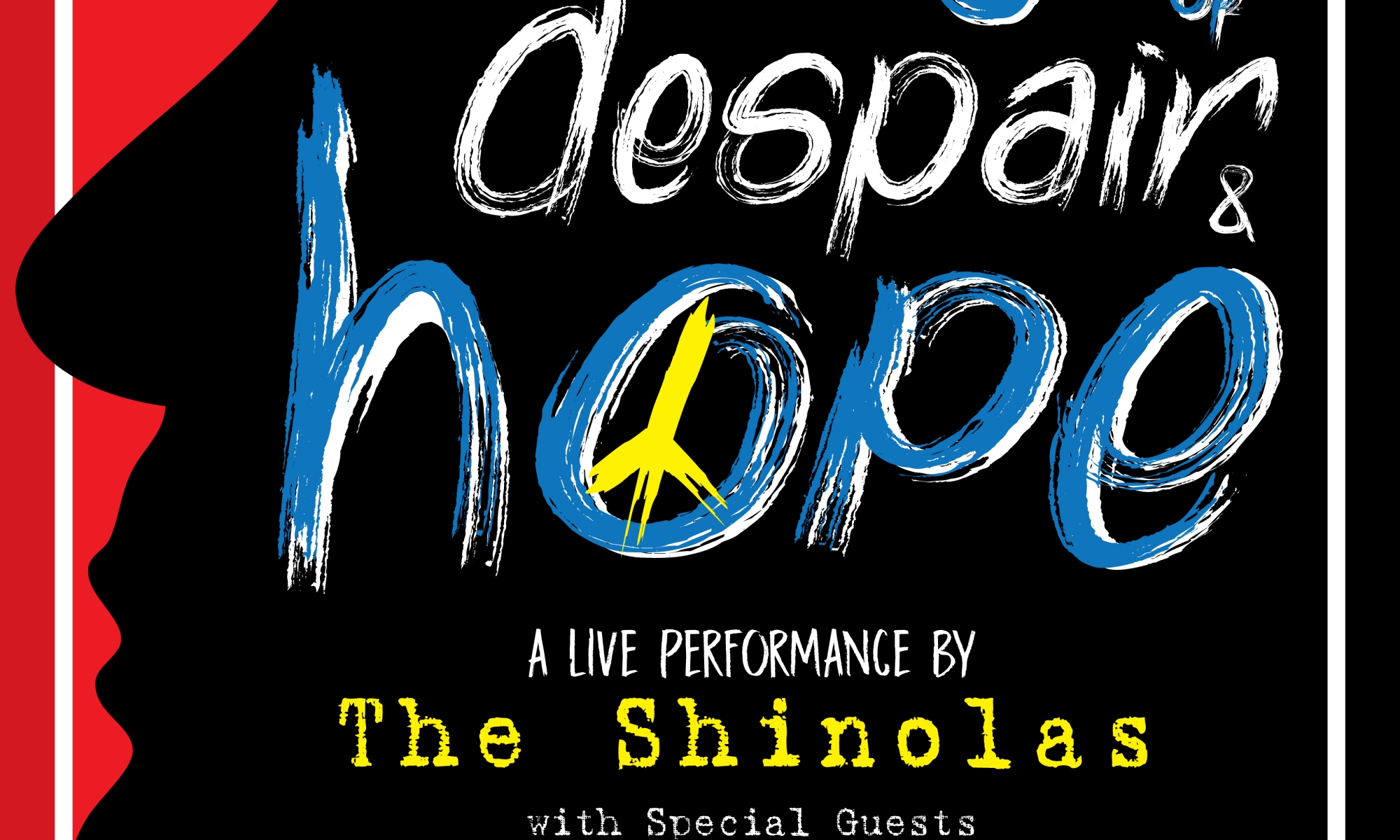 “Songs of Despair and Hope” comes to Infinity Hall in Hartford

IndivisibleCT, a local chapter of the national grassroots movement, is announcing its first major event—a fundraising concert at Infinity Hall in Hartford on June 11, 2017. “Songs of Despair and Hope” will feature local musicians, and protest music from across time and cultures. 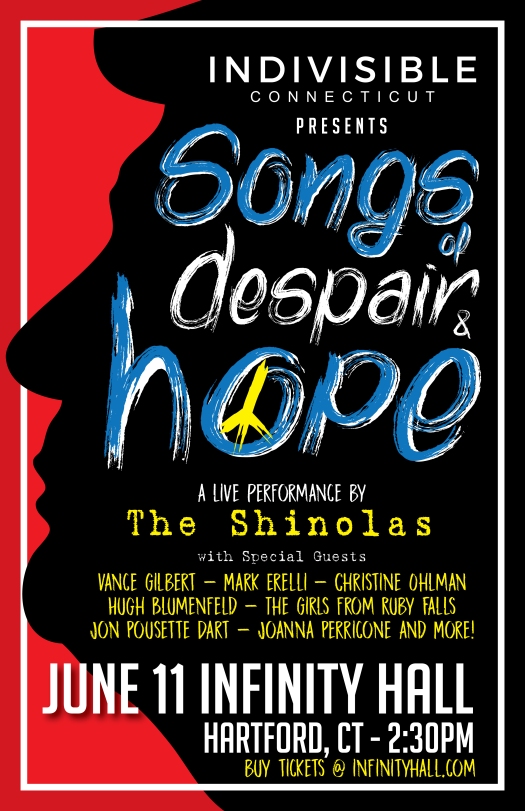 “The Shinolas present ‘Songs of Despair and Hope’ in order to unite and uplift people–a musical catharsis in the face of constant uncertainty,” says Jim Chapdelaine, guitarist and founding member of IndivisibleCT. “Sponsored by IndivisibleCT with the help of other grassroots groups, this concert will bring together musicians from across the spectrum, as well as help rally resistance groups from across the state.”

A portion of the proceeds will be donated to local action groups, and a portion will help fund future IndivisibleCT actions.

The house band will be The Shinolas, who are well known for backing national touring artists like Lori McKenna and Big Al Anderson. Expected guests include Vance Gilbert, Christine Ohlman, Mark Erelli, Hugh Blumenfeld and The Girls From Ruby Falls, Jon Pousette Dart, and Joanna Perricone.