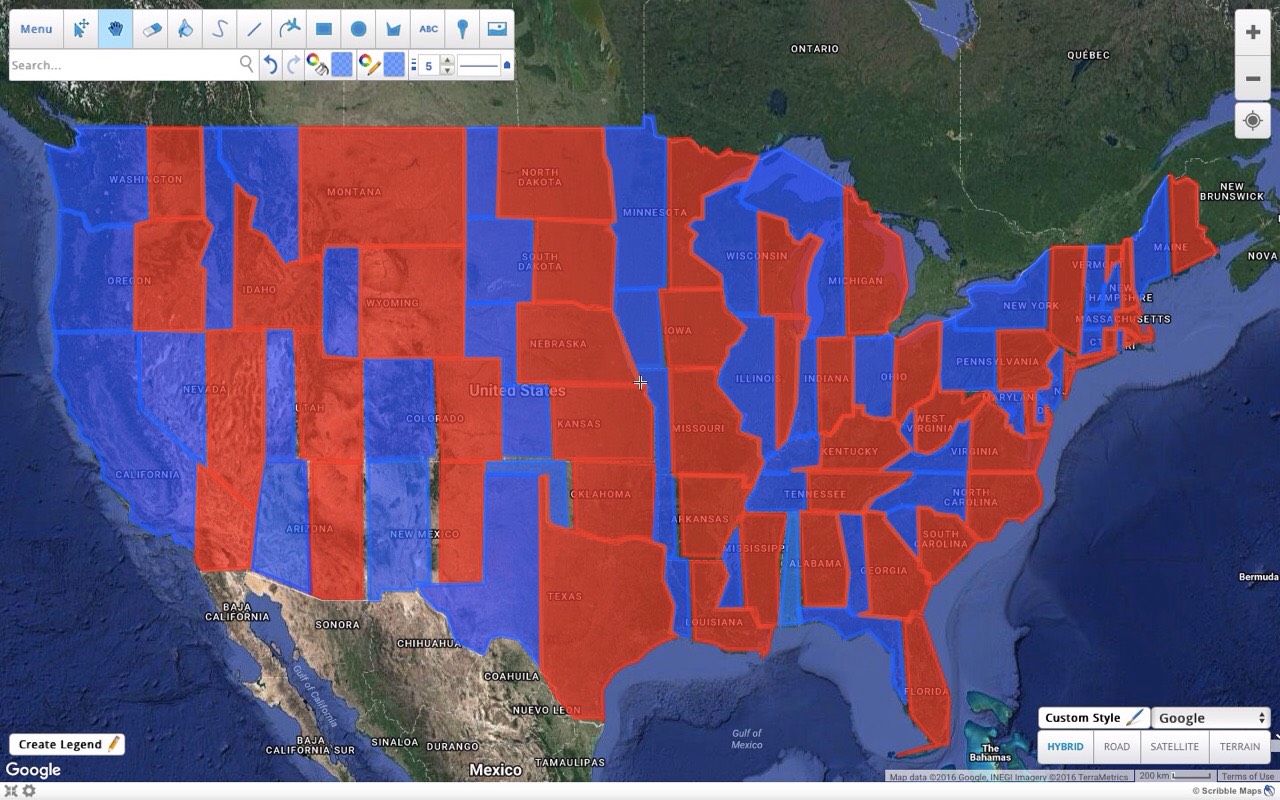 In the wake of the 2016 Presidential election, Americans heard a lot about the Electoral College. Many people learned about it for the first time–or at least since the first time since they forgot what they learned during the 2000 election–and opinions ran high on all sides.

Many liberals insisted it was undemocratic (but also held out hope it would do what it was designed to do and keep a demagogue from becoming President). Some scholars says it’s “a vestige of slavery.” Conservatives were insistent that this is the system we have, and we need to stick to it. Somewhere in the middle are the people who say it still serves a purpose: to keep California and New York (the most populous states) from electing the President year after year.

We’ve all got our opinions on the matter, and if you believe the Electoral College is out of date, you may be at the One Person, One Vote rally in New Haven this weekend. But there is a more nuanced conversation to be had here: There are no (or few) truly Blue or Red states.

Let’s take a look at a map created by @roaringcupcake.

Using these tallies of votes cast in each state, he created a map that aims to more fully express what the country’s voting patterns actually look like. We all know the election was close in many states, but it’s hard to visualize what that means.

We already know that when the Electoral College and popular vote are at odds, Democrats end up on the losing end. What we don’t often talk about is all the Democratic voters in traditionally Red states (and Republican voters in Blue states) who may feel their votes don’t matter–especially in Presidential elections.

I imagine it’s galling enough to live in a state where your Senators and Members of Congress probably don’t reflect your values. At least in those cases, you know you lost the vote fair and square. It must be even more demoralizing to be a Democrat in a place, like Pennsylvania, where the vote looked like this: 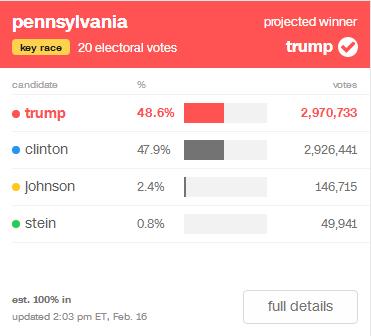 If you’re one of the 2,926,441 people who voted for Clinton, and whose opinion is essentially discounted by the Electoral College, I can certainly understanding wanting to see that institution put out to pasture.

And it is definitely oversimplifying to say that California and New York would be the only states that matter in Presidential election. The fact is, people of all political stripes live in every state, and it is simple wrong-headed to assume otherwise. And there has to be a better way than to essentially tell the political minority in each state that it doesn’t really matter who they want to be President.